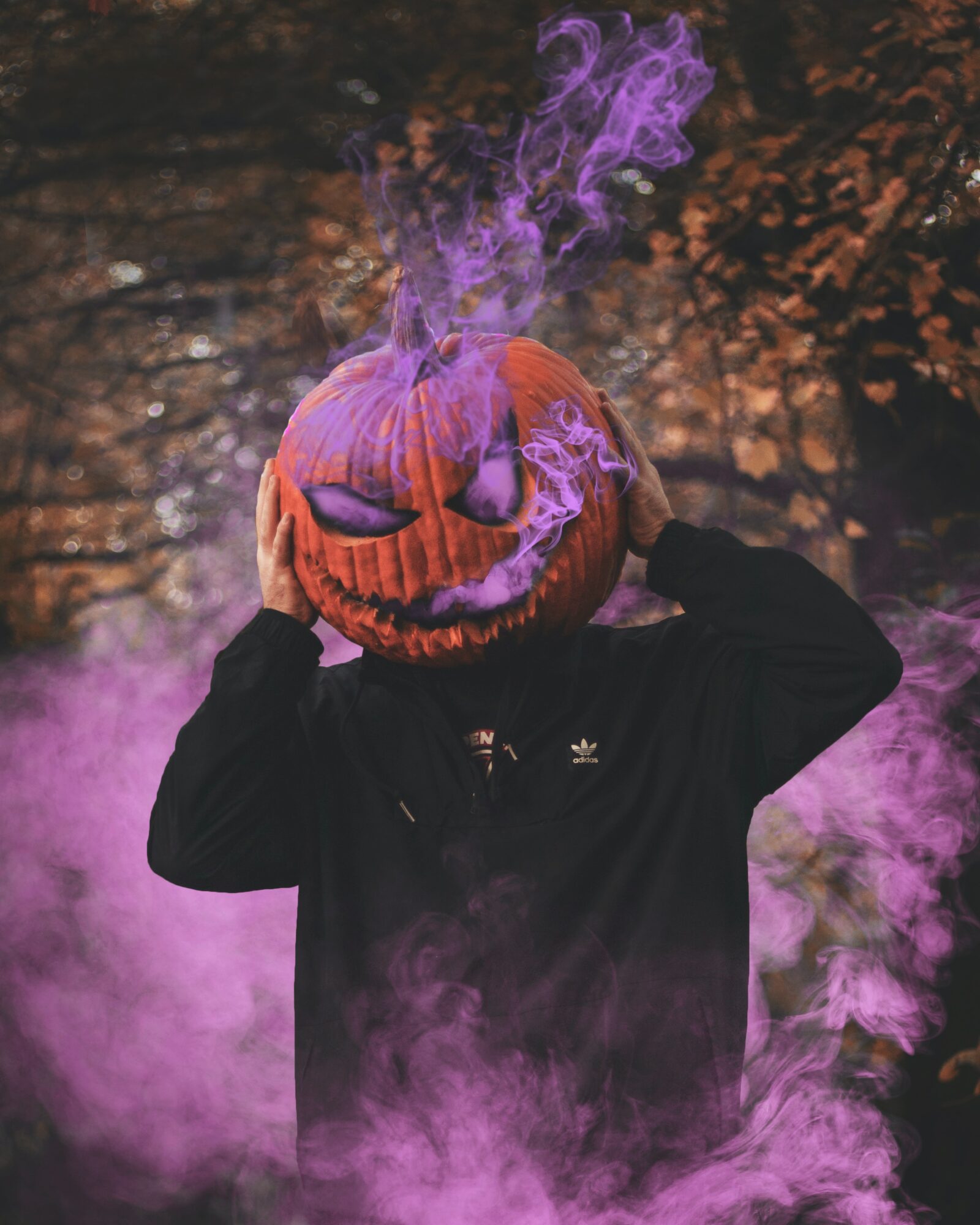 Masks may be redundant this year. Frights? Most of us already have endured plenty during the past eight months. But we are eager to celebrate Halloween during this annus horribilis, even if trick-or-treating is diminished for the evening. Give us all you’ve got, ghosts, witches and vampires. We’ve wrestled with far worse since March.

And we’ll face our spooky fears, and complement our fistfuls of candy corn and sacks of miniature Reese’s Peanut Butter Cups, with hot cups of tea.

We savor oolong tea year-round. But there’s something about oolong’s earthiness and depth that seems especially resonant during autumn, the season of fallen leaves, harvested pumpkins and soup-enriched kitchens. The tea is fitting specifically for Halloween, too — in Chinese, oolong means “black dragon.”

Oolong is one of tea’s major categories, along with white, green, black and pu-erh. It is extremely popular across China. We carry 18 different styles, and brew each of them periodically, depending on our moods and meals. Most weeks involve plenty of delicious oolong tea.

In addition to guiding you through a selection of our oolongs, we offer a few more teas that seem Halloween-appropriate.

Oolong is an interesting category, and extremely versatile. Both green and white teas are minimally processed. After being picked, they are dried either in shade or the sun before being roasted (or in Japan, often steamed) to arrest oxidation. But oolong and black teas undergo oxidation before being roasted.

With tea, oxidation refers to the tea’s exposure to oxygen. The more exposure, the more oxidation. The oxidation process changes tea’s flavor and aromas. Oolong teas undergo more oxidation than green and white teas, but not as much as black teas.

The result? Well, oolong is a broad category. Tastes vary in the extreme. But in general, oolong retains a little bit of the grassy and herbal flavors found in green tea while also offering the roasted, malty and even chocolatey flavors that are found in black tea.

Oolong is complex, satisfying and beautiful.

Scary? Not so much. But we love saying “boolong!”

Blue Spring is such a pretty oolong. Tea farmers at high elevations in Fujian Province take advantage of the region’s gentle breezes and humidity to partially oxidize the leaves. Artisans then roll the large tea leaves into tight pellets, and coat them with a licorice root powder. The tea looks like small rocks covered with moss.

The result is an exquisite tea, with a sweet aftertaste. It’s wonderful for no other reason than its taste, but Blue Spring also serves as balm for a sore throat. It promotes focused mental energy, too.

After eating pounds of candy on Halloween, your immune system might suffer, causing your throat to complain. Turn to Blue Spring!

Oolongs offer a wealth of flavors and aromas. Pinglin Pouchong tea from the Pinglin District on the northern tip of the island of Taiwan is known as “flower tea” because of its enchanting aromas, which include tree blossoms and melon. But the word “pouchong” means “the wrapped kind” in Chinese, which refers to the practice of wrapping tea leaves in paper during the drying and oxidation process.

It has yet another name — Baozhong tea. No matter what you call it, this is so lightly oxidized that it falls somewhere between a green and oolong. Most tea merchants, including Ku Cha, places it in the oolong category in part because it lacks green tea’s more bitter, sharp flavors.

Farmers pick this tea early, in March, in New Taipei City’s Pinglin District. Most premium Pouchongs come from Pinglin, including this beauty.

Like most tea fanatics, we are crazy for what are known as “rock oolongs,” all of which come from the WuYi Mountains in Fujian Province.

Rock oolongs get their name from the terroir that nurtures the tea shrubs — mountainous and rocky. As with wine, where parsimonious soil often gives birth to superb wine, the WuYi Mountains’ shallow, tough soil produces exquisitely flavored leaves, buds and shoots. Artisans then use ancient techniques to transform the harvests into tea excellence.

The word “Que She” means “Bird Tongue” in Chinese, which suggests the appearance of this tea’s leaves: slender, like a bird’s tongue. With Halloween just a few days away, it also suggests the holiday: bird’s tongue sounds like an excellent ingredient for a witch’s brew, along with eye of newt.

We carry several rock oolongs, and Que She is our most recent acquisition. We love it for its softness, and its fragrance. It alternately evokes a misty mountain morning, or a fresh snow in April.

We can’t leave the beautiful WuYi Mountains without exploring Rou Gui, a rock oolong that long has been a Ku Cha House of Tea staff favorite.

Rou Gui is famous for its gravely texture — even though it isn’t literally gravely (fortunately), it is substantive. It offers texture through flavor. It is our most heavily roasted rock oolong, brewing a burnt amber liquor that tastes heavily of cinnamon even though it’s just oxidized tea leaves.

As we mentioned, we celebrate Halloween with more than boolongs. While we don’t find any teas especially eerie, we do find China’s famous lapsang souchong awfully atmospheric in a sort of haunted way.

Lapsang souchong, you see, is smoked black tea. Halloween for adults sometimes involves backyard bonfires (not this year!), and sipping this tea reminds us of fires with carved pumpkins scattered around, kids dressed up like goblins and ghouls and Bobby Pickett singing the 1962 hit “Monster Mash,” which rises like the undead every October.

Lapsang souchong is unique — the Chinese do not smoke many teas. We aren’t sure the world needs any more smoked teas, because this one is so wonderful. Like so many great Chinese teas, lapsang souchong comes from the WuYi Mountains.

The process got its start during the Qing dynasty in the 17th century. Like many culinary triumphs, the first batches allegedly were the result of an accident. As villagers fled conquerers, they quickly dried freshly plucked tea leaves over pine fires and buried them. Eventually, Dutch traders bought the smoky leaves, and wanted more. Thus was born an industry.

Pro tip: Lapsang souchong is an excellent addition to a kitchen pantry. For dishes that call for smoky flavors, like split pea soup, cooks can substitute brewed lapsang souchong for liquid smoke or smoked ham hocks.

Halloween’s history remains a muddle. Was it based on Celtic harvest festivals, such as the Gaelic festival Samhain? Among other things, the harvest festival Samhain was viewed as a time when boundaries between earthly existence and the Great Beyond were especially porous. The belief was that souls of the dead would return to earth, looking for sustenance. People made offerings to the undead — similar to what we do on Halloween with the zombies at our doors.

However, Halloween is a contraction of the words Hallow’ Evening, which is also known as All Saints’ Eve. This Christian holiday marks the beginning of Allhallowtide, a period of time in the liturgical year when Christians are urged to remember the dead, including saints and martyrs.

A Celtic pagan holiday? A Christian call to honor the dead? Many scholars theorize the rise of modern Halloween is rooted in both. Regardless, we think our Golden Memory is appropriate for Halloween. It represents the memories of our dearly departed.

Chinese Pu-Erh tea master Mr. Zhou Bin Liang, from Yunnan Province’s Menghai County crafts this gorgeous tea, one of the most famous of pu-erhs, which are fermented teas. Golden Memory brews dark, clean and rich, with a flavor reminiscent of toasted grains. It offers a smooth, multi-layered mouth-feel and an excellent Hui Gan (sweet after-taste).

We hope you all have a most excellent Halloween, complete with a scary movie, the arrival of at least a few youngsters dressed like ghosts and goblins, and lots of boolong tea!