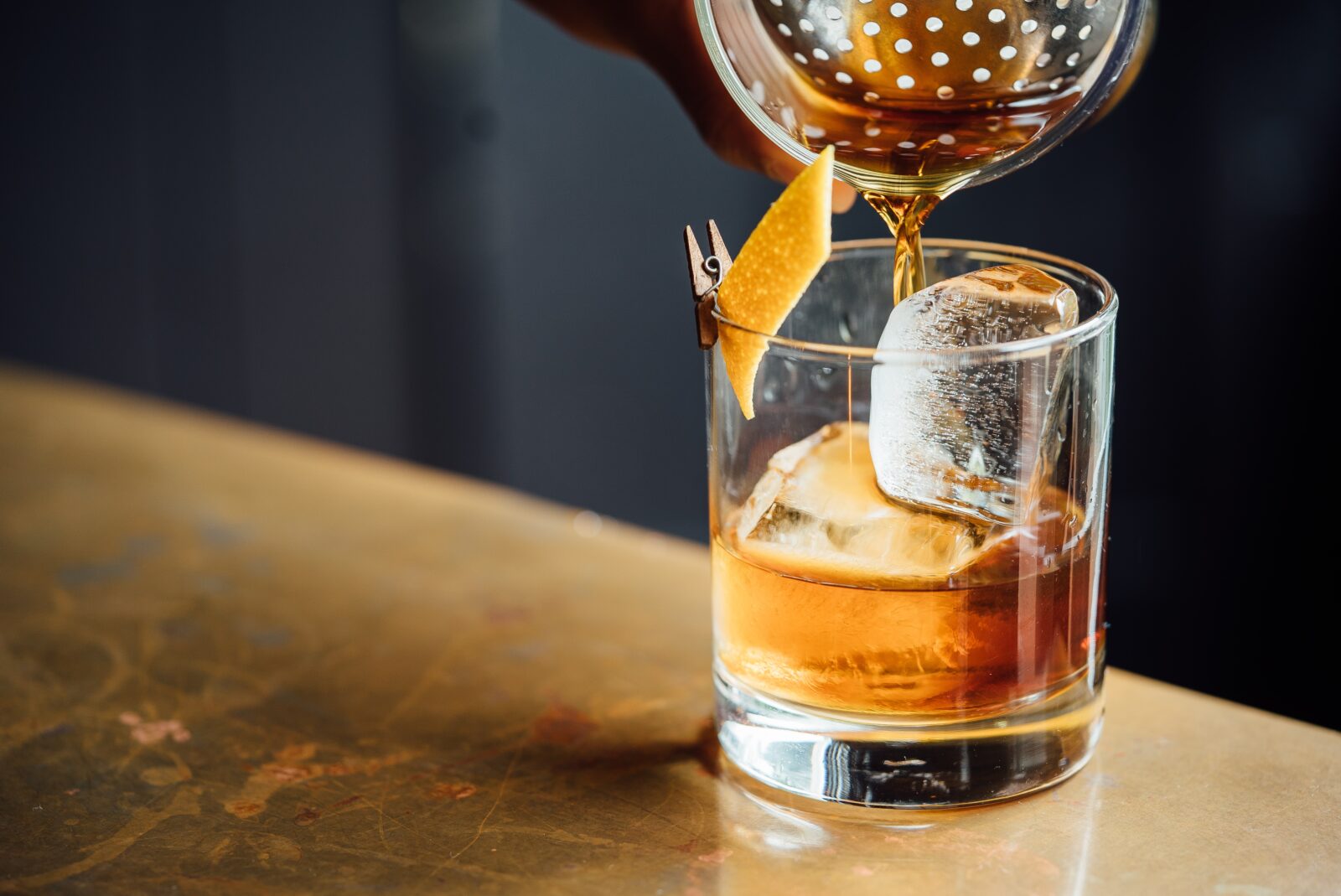 Chances are you are not thinking about Thanksgiving at the moment. No, you are glued to your laptop, your TV — maybe both simultaneously. And you are trying to find out who will be the next president of the United States.

But the annual feast is just three weeks from today. It demands quite a bit of planning and preparation. You won’t forget the turkey or the potatoes. The stuffing is a given, and so is the cranberry sauce. If like many of us you keep the gathering tidy this year, it may just be handful of family. Either way, somebody will have pie duty. Another will focus on casseroles. The gravy technician will be ready to roll.

But what about the cocktails? How about a punch? What will you sip through the day and meal that isn’t boozy?

That’s where Ku Cha joins your Thanksgiving. Given tea’s immense variety, we think it works especially well with tea cocktails to be sipped while hanging out and inhaling turkey perfume. Tea punches can be spectacular, including ones without alcohol. And finally, iced tea is excellent with the meal itself.

Let’s begin with the tea cocktails.

We savor many different teas across the holiday season, from Thanksgiving through New Year’s Eve. One style of tea, chai, is especially versatile. Each chai blend is different, but all chais share an affinity for baking spices such as ginger, cinnamon, cloves and cardamom. This works out well, as baking spices infuse the entire holiday season.

A punch made with chai would rock. Chais serve as excellent dessert teas, too, especially if sippers spike them with honey and cream.

We think chai is an outstanding ingredient in cocktails as well. This cocktail, which which takes advantage of the cinnamon, ginger, anise, black pepper, cardamom, cloves and bay leaf in our Organic Rooibos Chai tea requires first making a chai syrup before mixing the cocktail. It’s easy. Make plenty. You’ll want to use the syrup in a variety of recipes, including simple spritzes for the kids: just chai syrup, seltzer, ice and a cinnamon stick.

Chai syrup: Bring the water to a boil in a saucepan. Add 3 teaspoons of Rooibos Chai and sugar and bring to a boil. Reduce heat and simmer for about 5 minutes. Pour syrup through a strainer and into a glass.

Matcha Made in Heaven

People use our basic matcha in smoothies, lattes, cookies, cakes, ice cream and much more. It’s no surprise that this bold, colorful tea makes gorgeous cocktails.

With its slices of turkey and crispy skin, its islands of mashed potatoes and stuffing, and its warm embrace of gravy over everything, it’s a heavy meal. Bright, tart cranberry sauce serves to cut through the fat. And we think some cocktails work, too.

We love the mint in this drink — it helps cut through the meal. So does the lime juice. And then there’s the matcha. Its bitterness slices through a plate of gravy-doused carbs like a carving knife.

Muddle the mint with the agave and lime juice in a cocktail shaker. Add the remaining ingredients and shake until the matcha is dissolved and the shaker is cold. Place ice in two rocks glasses, strain the drink through a fine-mesh strainer into the glasses, and serve.

One herb stands out on the Thanksgiving table: sage. Yes, you might find parsley here and there. And stuffing often includes at least a whisper of rosemary. But it’s sage that dominates in the stuffing and for some people in the gravy, too.

That’s one reason we enjoy this punch during Thanksgiving — before the meal, during and after. It complements and adds to the pleasures of the table. We also like it for the lapsang souchong tea, a Chinese style of tea that is smoked. Our Organic Lapsang Souchong is about as good as it gets. Just as acids like lemon (and cranberry sauce) cut through the meal’s fat, we also think smoke does the trick. Plus, for those of us lucky to have a fireplace, it often crackles and smokes away through the day. For that, too, we like the smoke notes in the drink.

This recipe involves something called oleo-saccharum. This is something you might want to mention to the guests. “Hey, check it out, Sagebrush Fire Punch has oleo-saccharum!” Then you can explain that in Latin “oleo” means oil and “saccharum” means sugar, and that the term was used by 19th century bartenders to describe a process that we can sum-up as muddling together sugar and citrus peels. Where’s the oil? It emerges from the peels.

Sage syrup: Place sage, sugar and water in saucepan over medium-high heat and bring to boil. Remove from heat, cool for at least an hour. Strain syrup into a container. It will keep for at least a week.

Oleo-Saccharum: Peel zests from orange and lemons, working to keep the skins free from bitter white pith. Muddle together sugar and peels. Let sit 6 hours or overnight. Save peeled fruit for eating. Remove peels from bowl, and set remaining liquid aside.

Lapsang-Souchong Tea: Pour boiling water over tea. Steep 4 minutes and taste. If you’d like it smokier, brew for another minute or two. Strain. Put tea aside to cool.

Kids will go crazy for this non-alcoholic punch, which takes advantage of our spectacular Chocolate Mint tea. It also serves as an excellent dessert beverage. And given its peppermint, works like a charm during the December holidays as well.

We think it might give the Girl Scouts some ideas for a new cookie. The organization’s No. 1 cookie, for years, has been the Thin Mint, a combination of chocolate and mint. What else pairs beautifully with chocolate and mint? Orange. This punch is one you won’t forget.

Also, different teas can substitute for the chocolate mint. If you just want a straight tea punch, use something like our assam tea.

Combine all ingredients. Put ice in punch bowl and pour mixture over it. Serve in 4-ounce punch glasses.