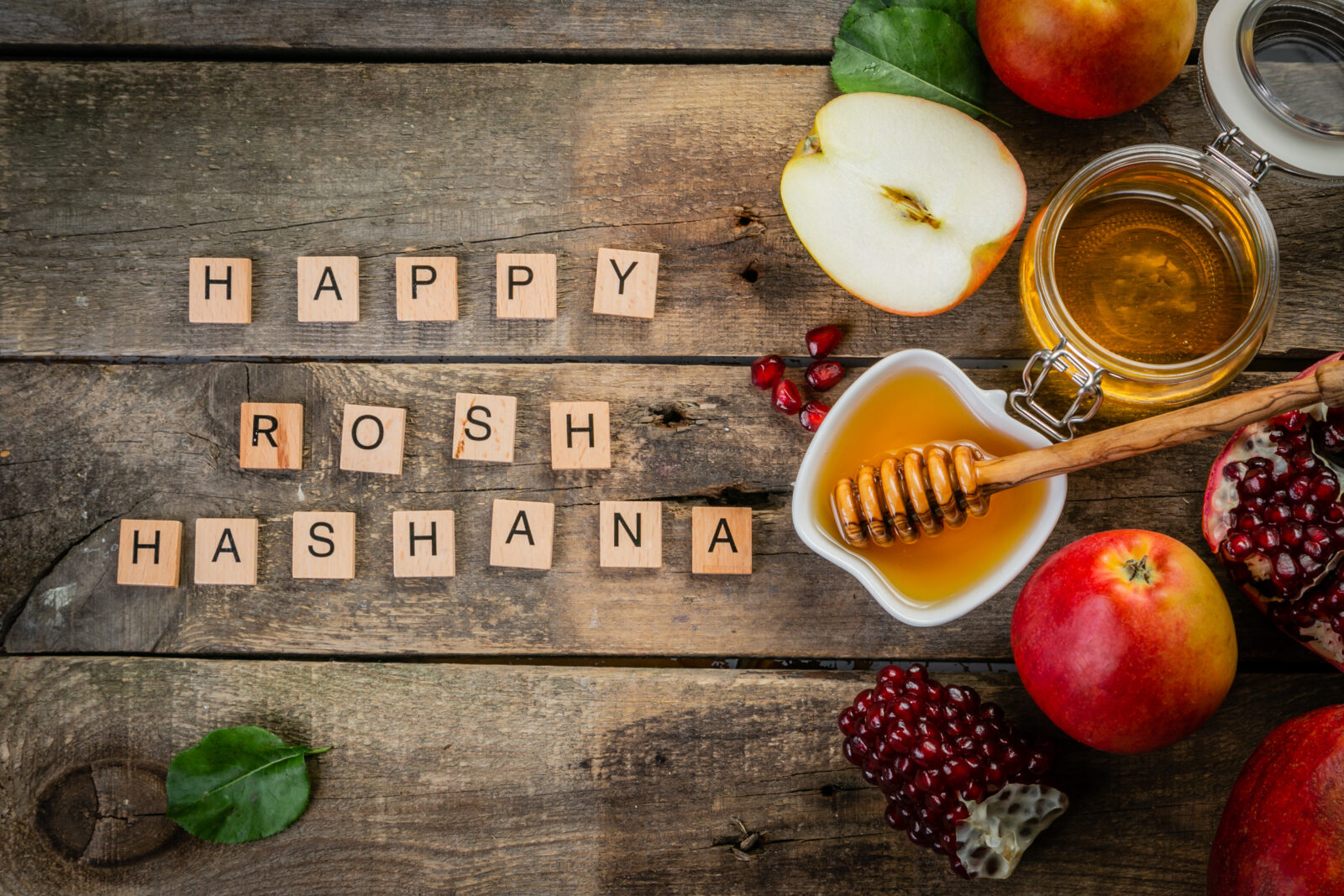 September and October are also the months when Jewish people around the world honor Rosh Hashanah, a two-day celebration of the Jewish New Year.

Rosh Hashanah involves a variety of traditions. The most famous of them is the blowing of the shofar, a musical instrument made from an animal horn. The horn is traditionally blown many times — during a traditional service, 100 or 101 on each day — at different periods during the holiday.

Other traditions involve food, most notably apples dipped in honey. Eating this dish is meant to symbolize a sweet year ahead.

We think the apple-honey combination is one of the world’s finest flavors. If you have never tried a warm apple tart drizzled with good honey, there’s nothing stopping you! Apples are just coming into season, and in Colorado we are lucky to have so many local honeys for sale.

With Rosh Hashanah just five days away (September 7), we want to explore teas we carry that contain apple pieces — apple adds lovely round flavors to teas. In addition, we can’t think about the places where tea and honey intersect without taking a close look at Yunnan Gold, a traditional Chinese black tea that offers profound honey-like flavors, even though it’s just black tea.

People around the world sweeten teas. As tea is naturally bitter, sweeteners soften the edges and if used judiciously can yield wonderfully flavorful beverages. Among all of the sweeteners out there, we especially prize honey. The flavors are complex and varied, and we love that it’s produced by precious bees!

We hesitate to include our excellent caffeine-free Toasted Almond Fruit tea (as well as the following tea, Holiday Apple Frost Green Tea), as some Jews refrain from eating nuts, especially almonds, during Rosh Hashanah. But many don’t abide by the no-nut practice. And once Rosh Hashanah is over, most of the rest of the calendar is pro-nut.

Just as apples and honey make for an ambrosial pairing, so do almonds with both apples and honey. Many fall desserts include almond paste, which punches-up sweet apple dishes with savory notes. What’s missing? Cinnamon. Good news: Toasted Almond Fruit includes the spectacular spice, one we leverage again and again over the autumn and winter for everything from the aforementioned apple tart to hot cocoa, snickerdoodles and comforting vegetable tagines.

As with all of the teas referenced here, do add a smidgen of Colorado honey to the hot beverage. We carry two superb Colorado honeys in all of our stores: Lazy Bee Ranch honey from southern Colorado and Copoco’s Honey from Fort Collins. You can find myriad other brands, including Highland Honey, Honeyville, Clark’s of Colorado and Bjorn’s Colorado Honey, for sale on shelves across the state.

Toasted Almond Fruit does not contain Camellia sinensis, the shrub from which most of the world’s hundreds of traditional teas are based. But Holiday Apple Frost Green Tea finds its foundation in sencha, the most common style of tea in Japan. Matcha may get all of the fame, but it’s sencha that Japanese people drink with abandon. In fact, 80 percent of the tea produced in the island nation is sencha.

Tea artisans in both Japan and China arrest the oxidation process to craft green teas, a step that preserves the green color and influences the flavor of the brew. In China, tea farmers roast the tea leaves to stop the oxidation process. But in Japan, they rely on steam to stop oxidation. In general, the Japanese method yields green teas with grassier, more vegetal flavors and aromas. The bouquet and even flavor of some senchas can suggest seaweed. In a delicious way.

Our Holiday Apple Frost Green Tea does not conjure coastal environments thick with kelp and wakame. Instead, it might transport sippers to Thanksgiving, when cooks across the United States are creating delicious desserts with things like oranges, baking spices, apples and, yes, almonds again. This beautiful tea also contains rose petals.

Sencha may serve as the tea’s base, but apples add an important fruity element to this tea. Without them, it might taste like an orange-scented apple tart — minus the apples.

From the birthplace of tea, China’s Yunnan Province, comes Yunnan Gold,  a world-famous tea that is a Ku Cha favorite.

Yunnan Gold gets its name from the leaves’ golden tips. Tea specialists in China harvest only the tender, golden tips of this prized tea from FengQing County in Yunnan. Once brewed, the tea is remarkably rich, with full sweet potato notes and flavors starkly reminiscent of honey. For the full apples-dipped-in-honey effect, we suggest biting apple slices between Yunnan Gold sips. In fact, you might try dipping the apples into the tea.

Once again, Shanah tovah! May your year be sweet indeed.