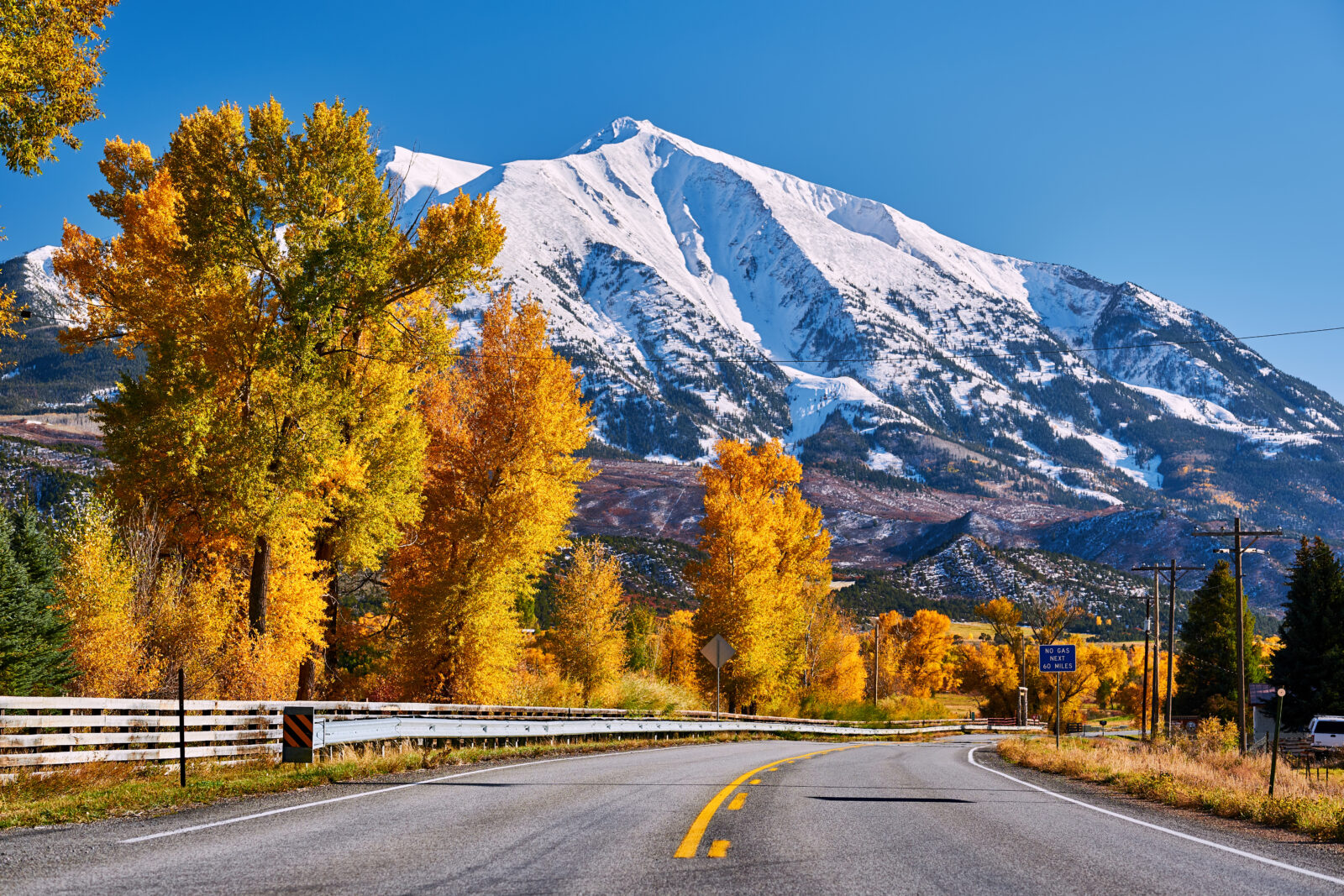 Bring This Trio of Autumn Teas Along For Leaf Peeping

Yes, it might hit 100 degrees today and tomorrow. No, that does not align with fall feels along Colorado’s Front Range.

But fall isn’t a feeling. It’s a calendar thing. And on Wednesday, September 22, it’s officially fall.

Before then, however, the High Country will start getting into the spirit of the season of pumpkins and sweaters, thanks to the aspens. Just now, you can catch glimpses of yellow and gold on those leaves. In two weeks, those same colors will make big swaths of the High Country nearly incandescent with mood and tree magic.

And even if the temperatures down here remain too high, they’ll be 10 or 20 degrees cooler up there on the Peak to Peak Highway, on the road from Winter Park to Frasier, way up at two miles high in Leadville and naturally in the town of Aspen.

You know what you need for your upcoming leaf-peeping adventures? It’s not the spot-on fall beverage, cider — you’ll be driving! Instead it’s tea. Even if it’s annoyingly balmy down here in Denver, Boulder and Fort Collins it’ll be refreshingly brisk at elevation. When you park the car and venture into those gold-and-white forests, bring along a thermos full of warm tea, along with enough cups for everybody. Savor the tea as you walk and gush over the spectacle of atmosphere. At some point, you all will sit down at some spot offering a majestic view of an aspen-thick slope, and then you will sip more tea.

What to drink for the annual and much-anticipated excursion?

Ku Cha to the rescue.

Chai has become synonymous with crisp fall in the United States, even though it is a product of India, for good reason. Baking. Just as fall cooking in the US involves cloves, cinnamon, nutmeg, allspice and other “baking” spices, so does chai.

As such, we view chai as an ideal complement to any leaf-peeping adventure in Colorado’s High Country. We carry a wide range of chais, from traditional ones with deep roots in Indian culture to bespoke chais that we crafted for different occasions and flavors. Our Autumn Chai is one of our custom chais, a house blend of Madagascar vanilla black tea, cinnamon, allspice, ginger and nutmeg that comprehensively captures the essence of fall flavors in every sip.

Bring this beauty along for your fall mountain travels, and sink even deeper into the glorious season.

Leaf-Peeping Teas: Afternoon in the Aspens

You see? We adore leaf-peeping with such fervor that we created a blend specifically designed to enhance our customers’ voyages into the Colorado’s golden groves.

Traditional Camellia sinensis teas all naturally contain caffeine; they are only caffeine-free if chemical processes were used to extract the caffeine — a plant compound — from the tea. But sometimes you don’t want caffeine, especially if it’s the afternoon and you worry about it keeping you awake.

Leaf-peeping is so wonderful that you will feel compelled to spend a day admiring the changing forests. Which means you’ll still be gawking over the display at noon, at 2 o’clock, as you decide to head back home at 4:30 p.m.

Our Afternoon in the Aspens is made for you if you want to skip the caffeine. It’s also your tea if you just want to sip something spectacular while you enjoy the day.

This herbal infusion of lemongrass, lemon verbena, rosemary and licorice root has it all: citrus, floral notes, and savory undertones from the rosemary and licorice. In addition to outstanding flavor and a bright flavor that awakens the senses (without the caffeine), it also possesses powerful digestive aids. We drink it all of the time, and think it stands as an excellent tribute to Colorado — especially in the fall.

All of the baking spices suggest autumn. But we think cinnamon captures the essence of the season with more puissance than its baking-spice companions, like nutmeg and ginger.

The thing about baking spices? They are warming. And for us, cinnamon is the warmest of all. Our Hot Cinnamon Black Tea celebrates this wonderful spice by including three different kinds of cinnamon in the blend. The combination offers just about every flavor and aromatic nuance possible from cinnamon, which comes from the inner bark of certain trees. To up the autumnal vibe, we added orange peel — another fall favorite — and sweet cloves.

The High Country isn’t ablaze just yet. But blink, and it will be. Head up there with one of these teas. They will enhance the experience. And don’t forget the thermos — we have plenty to choose from!