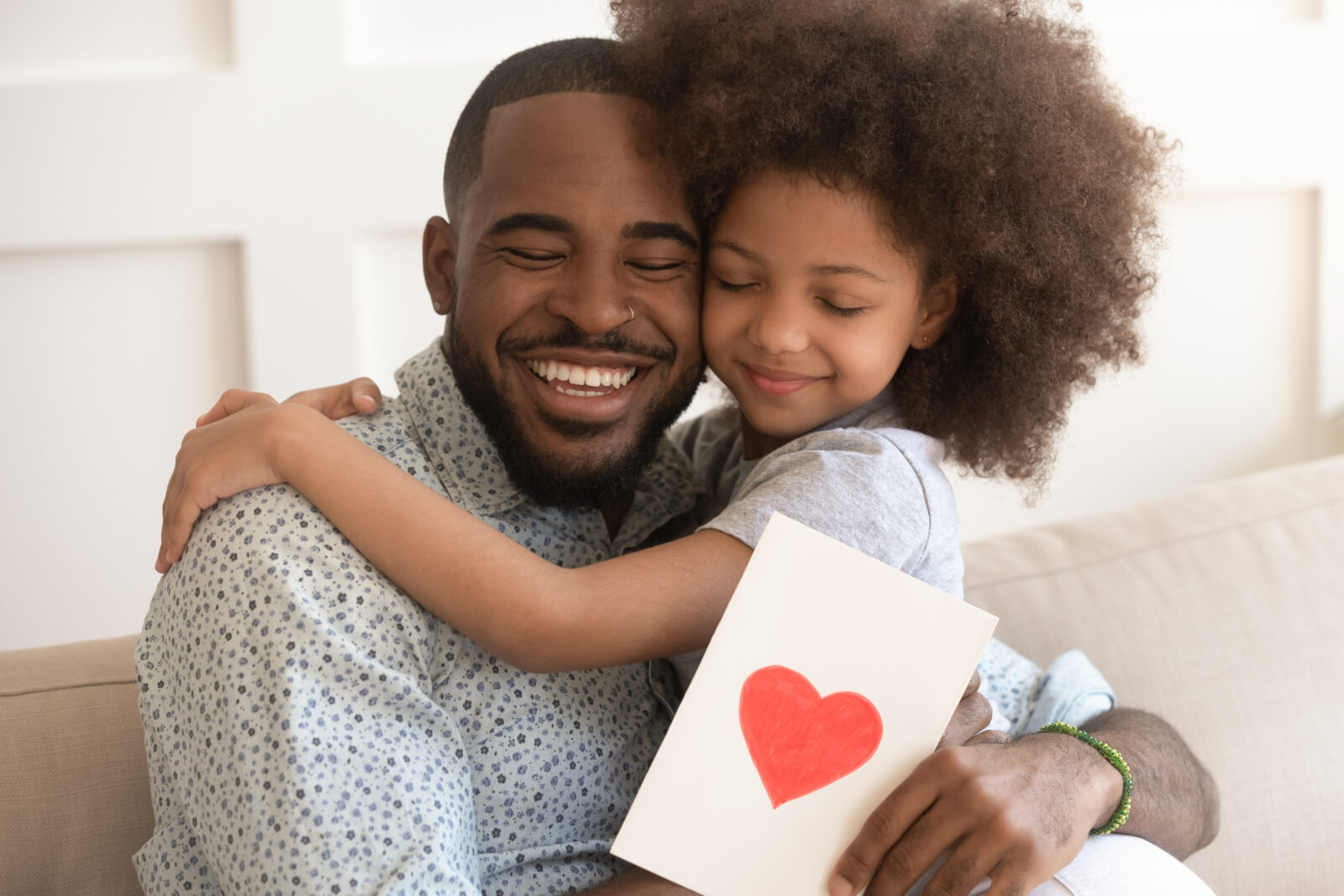 Mother’s Day arrived first, in 1907. Three years later a woman in Spokane, WA whose father raised six kids as a single parent decided that dads needed to be honored too. So Sonora Smart Dodd got things rolling, and in 1910 the Spokane YMCA held the first Father’s Day.

Sixty-two years later, President Richard Nixon made Father’s Day a permanent American holiday. It would fall on the third Sunday in June every year.

The road from the YMCA to a national holiday was a long one, full of twists and stops. But we are glad people kept pushing Father’s Day forward. Because good dads are special people.

Let’s praise them with cards and calls. Let’s insist they do not work during their big holiday — if a lawn needs to get cut, make sure somebody other than dad sits on the mower. Let’s hug them, cook their favorite foods, and just engage in much dad doting.

Let’s mark their day with gifts, too.

The usual suspects might work just fine: the barbecue accoutrements, the golf paraphernalia, the box of salamis, cheeses and crackers. But if you’re hunting for something a bit more unusual, something dear old dad has never received as a gift before, then Ku Cha House of Tea has ideas.

Dad might not be a tea drinker, but we think a smart introduction to the wildly diverse and fascinating world of Camellia sinensis could transform his relationship to the beverage. And tea has advantages beyond getting steeped and sipped; some teas are fantastic culinary partners. And what kind of cooking can teas supplement with finesse? Barbecue!

Happy Father’s Day, dads! We wish you peace and prosperity, love and happiness, and health and community. And for Father’s Day, we hope you engage in loads of laughter.

This is for the dad who loves barbecue, which we think means it probably applies to a lot of fathers. Lapsang souchong, from the Wuyi Mountains in China’s southern Fujian Province, is famous for its smoky flavor. To craft lapsang souchong, tea farmers dry plucked leaves over pine smoke, a preservation and flavor method that originated during the Qing dynasty in the 17th century.

The story goes that the tea is the result of wartime panic. Qing soldiers were invading Wuyi Mountains villages just as tea harvests were taking place. To speed up the drying process, civilians dried the leaves over hot smoke before packaging them up and fleeing the invading soldiers. The tea, naturally, was awfully smoky. And it appealed to the villagers.

Lapsang souchong thrives today, and not just for sipping. It often gets incorporated into cooking. Vegetarians who desire the smoke flavors found in soup that come from things like smoked ham will brew some lapsang souchong, and add it to the soup, for example.

Barbecue lovers who desire smoke but don’t have the time or ability to gently heat meat over low heat and smoke also turn to lapsang souchong, for dry rubs. They will marinate the meat in the rub, and then roast it in the oven. Once it’s done, the meat tastes smoky.

Combine all the ingredients in a bag.  Close and shake until combined.  Let stand for a few minutes to allow the powder to settle.  Pour into a glass jar with a tight-fitting lid.  Store in a cool, dark place for up to 6 months.

Use the rub for roasts, steaks even burgers — for anything that could benefit from classic smoky barbecue flavors.

Dad gifts often revolve around practicality: the new grilling spatula, the tie, the carrying case for golf tees. But that doesn’t mean there’s no room for gifts that revolve around decadence.

Eager to spoil dad? Then consider Gyokuro Superior green tea, which means “jade dew” in Japanese. This is the highest grade of Japanese green tea, a breathtakingly beautiful green tea. To craft this artisanal treasure, tea farmers shade tea bushes for 20 days just prior to harvest just once a year, in early spring. Then they immediately steam, dry and carefully roll the leaves into distinctive shapes that resemble pine needles. This gyokuro comes from Hoshino, Fukuoka Prefecture, which consistently grows superb teas. It offers delicate flavors, and a slightly sweet aftertaste. This is tea for treating dad!

The world includes millions of dads. And each one of them is unique. To celebrate Dad in all of his quirky novelty, bestow upon him a bag of Dan Gong Single Grove Oolong, from China’s GuangDong Province, the most southern area of oolong production in China. Dan Cong means “single grove,” and with this tea refers to the special processes that buttress tea harvesting and processing within individual groves. The variety of flavors and aromas from teas growing in close proximity is stunning; each grove yields unique teas. Our version broadcasts a sweet orchid aroma, with notes of apricot.