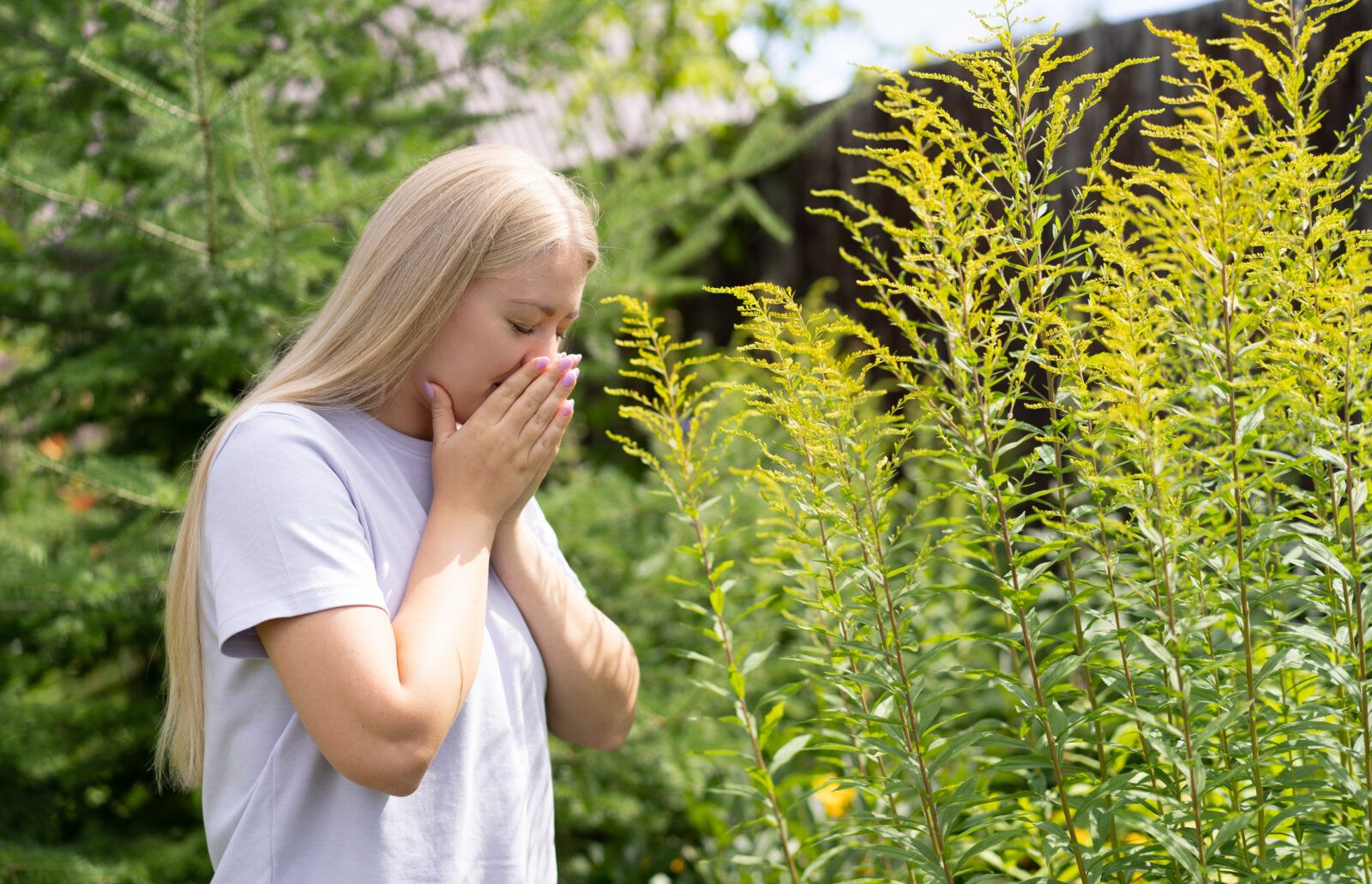 Spring allergies get most of the attention. But for many sufferers — about 60 million people in the United States alone suffer from seasonal allergies — September can be even worse. It’s autumn when ragweed, tumbleweed and sage release their pollens.These allergens can brutalize people with sneezing fits, eyes so irritated they swell shut and nasal and chest congestion that disrupt sleep and make waking life fairly miserable.

Drug stores offer pharmaceuticals that work. Some of them precipitate drowsiness dizziness; others can act as stimulants that make the mind race unpleasantly. None of them are ideal.

Relief comes in forms not hatched in laboratories, however. Naturopathic doctors and practitioners of Traditional Chinese Medicine turn to herbs and other botanical compounds to alleviate the miserable symptoms of seasonal allergies. Some of them, too, help mitigate allergies’ after-effects, such as irritated throats and noses.

Fight the Sneezes With Tea

We carry a wide range of herbal teas, including many that we developed ourselves specifically for the sake of allergy-busting. In addition, one of our green tea blends also aids with allergy issues. Among other things, green tea itself can be quite helpful.

As we head into the last gasp of allergy season — it normally ends in Colorado during the first week or so of October, when we experience our first hard frost — we encourage you to consider the following teas to help carry you through what many consider the finest season across much of the Northern Hemisphere.

If you are in Colorado, which is where Ku Cha is based, autumn is glorious. The air begins to carry welcome chills. Aspen trees turn mountain slopes gold, as their leaves change color. People gather around bonfires, share beers at tailgate parties, pick apples, start making soup again and don sweater.

Don’t let those clouds of ragweed destroy the glorious season. Try beating it back with tea!

This is one powerful tea. All of the ingredients target one condition: allergies. This is great news for the seasonal sneezers and eye-waterers among us. But our Organic Allergy Blend is about more than treating an ailment, as it tastes phenomenal.

The ingredients in this organic house blend — turmeric, nettle, ginger, elder flower, tulsi and rosemary — provide excellent antihistamine benefits. Consider turmeric, the Asian rhizome that wellness advocates champion for its many health benefits, including its potential for mitigating inflammation. It’s also touted for its potential allergy fighting powers, due to a key botanical within turmeric: curcumin. Studies on mice have demonstrated turmeric’s ability to stop the production of inflammatory molecules. One study even suggested that using turmeric every day might reduce allergic rhinitis symptoms.

Practitioners of natural medicine also turn to nettles to help people wrestle with allergies. As with turmeric, the benefits revolve around anti-inflammatory compounds found within the plant.

Elderflower? It appears to help. And again, its facility with reducing allergy symptoms hinges on its ability to wrestle inflammation to the ground.

Our Organic Allergy Blend incorporates botanical compounds that generally help dampen inflammation and thus mitigate allergy symptoms. On the other hand, our great and simple Organic Congestion Blend deals specifically with loosening and extirpating mucus, phlegm and the other nasties that allergic reactions to atmospheric pollen often precipitate.

Eucalyptus serves as the backbone of this tea. Popular over-the-counter congestion remedies, such as Vicks VapoRub, depend on eucalyptus oil to help achieve results. But where many of these products are based on petrolatum, a semisolid mixture of hydrocarbons obtained from petroleum, Congestion Blend steers far from the stuff of oil wells.

In addition, this tasty tea incorporates elder flower, which as we already discussed grapples with inflammation. And it includes peppermint, too. Products around the world leverage peppermint as a natural decongestant. Its active ingredient, menthol, also gets widely employed to help soothe sore throats.

We wonder if the people of Morocco suffer less from seasonal allergies than the rest of us. Why? Because per capita they drink gallons and gallons of tea a year — Moroccan tea consumption is sixth highest in the world, just behind the United Kingdom and Russia (Turkey is No. 1). And the tea they drink is a blend of green tea known as “gunpowder” and mint. And both are allergy brawlers.

The green tea in this blend, also known in China as Zhu Cha or Pearl Tea, gets rolled into small round pellets that look like gunpowder. The name is fitting, too, because of its powerful, smoky flavor. This tea’s allergy advantages stem in part from the green tea. People in Japan, for example, often drank green tea to help them manage allergy symptoms. And in 2002, Japanese researchers studied green tea and allergies, and concluded that it blocks a cell receptor in the body that produces allergy responses.

“Green tea appears to be a promising source for effective anti-allergenic agents,” said Hirofumi Tachibana, a chemistry professor who was the study’s chief investigator. “If you have allergies, you should consider drinking it.”

But peppermint, too, helps fight inflammation and mitigate seasonal allergies’ symptoms. Together, this makes for one dynamic duo in the allergy fighting arsenal.