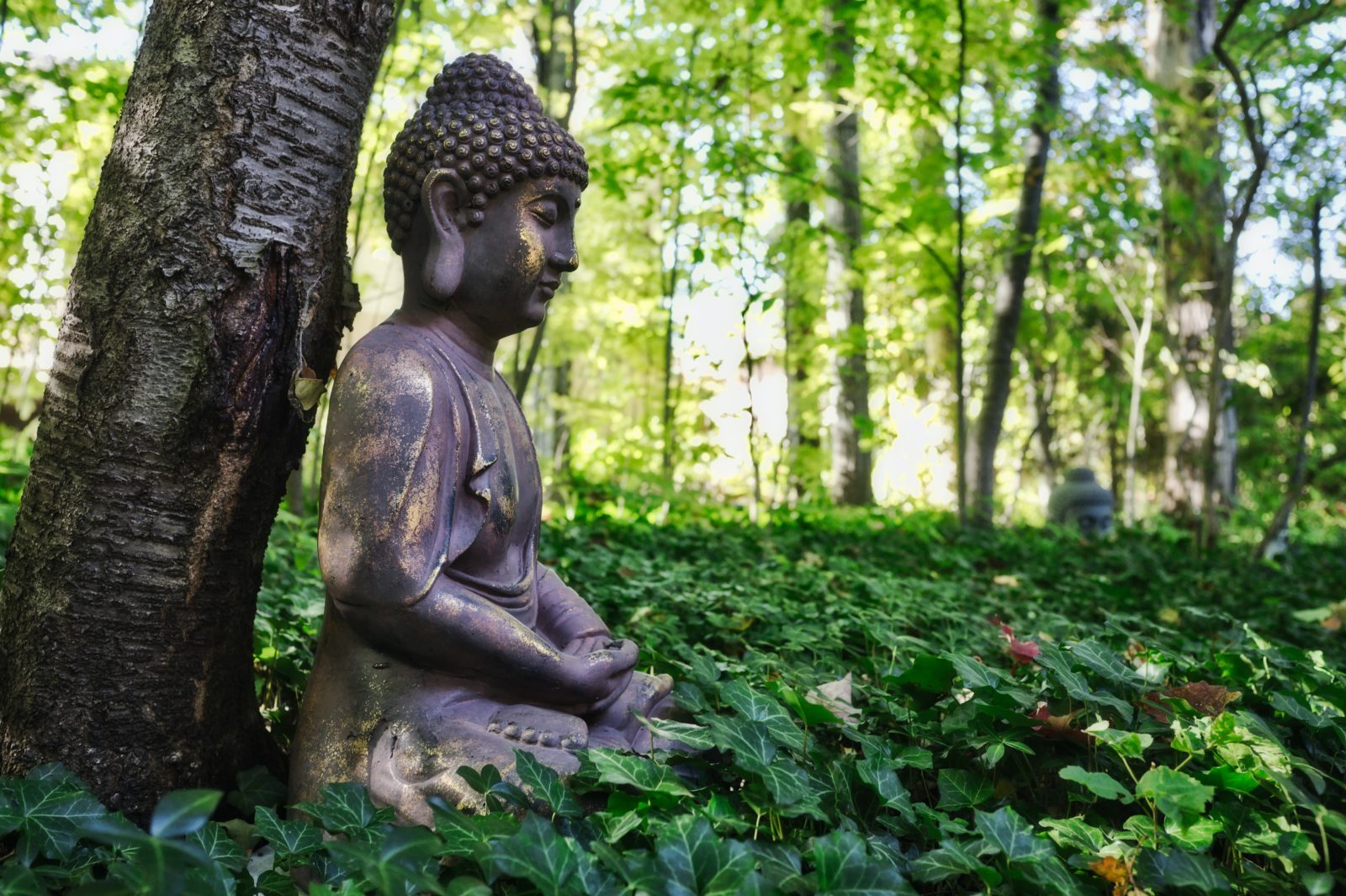 It grinds on, doesn’t it?

The fear and panic of March and April gave way to hope, at least, in June and July. That’s when things started opening up again: when we finally got our hair cut and ate a salad with grilled salmon on a restaurant patio. We might have even enjoyed a little trip into the mountains.

But now it’s August. Hope remains, but some of its buoyancy has leaked away.

We look ahead and see more of the same. More cooking at home. More wearing masks in stress-saturated grocery stores. Vacations? More cancellations.

Most spiritual practices address boredom. Instead of pushing us towards amusements and diversions, which is what society offers (Try a new app! Buy a game!), spiritual practices persuade us to accept the boredom. Even more, they urge us to embrace it — to learn from boredom.

This brings us to tea. People around the world sip it, but tea began in Asia and continues to thrive in many Asian cultures. And one religion in particular has associated itself with tea — Buddhism.

Tea didn’t reach India until centuries after the Buddha himself, so the union of tea and the religion does not stretch back to its origins.

The legend says that during a long meditation session, he fell asleep. Upon awakening, he grew angry and disappointed with himself. In a fit of rage, he tore off his eyelids (That’ll show you sleep! Never again!) and tossed them on the ground.

But in the 5th or 6th century a prominent monk, Bodhidharma, gained mass appeal. And one of the many legends surrounding Bodhidharma, who first brought Chan Buddhism to China and helped create Shaolin kungfu, revolves around tea.

The eyelids sent roots into the earth and bore the first tea plant.

Bodhidharma remains one of Buddhism’s central characters. His style of Buddhism, Chan, became the famous Japanese strand of the ancient religion: zen.

Tea’s centrality to Buddhism hinges on its stimulative properties. Buddhists spend a lot of time meditating. For monks, this can mean many hours, day after day, of mostly sitting in silence. Tea helps keep them awake.

Later, in the 8th century, a Buddhist tea master named Lu Yu wrote Ch’a Ching, which means “Tea Classic” in Chinese. Buddhist, Daoist and Confucianist philosophies converge in the text, which helped spread tea culture across China and even inspired the complex style of tea ceremony that rose in Japan.

And what is meditation but … learning from boredom? Yes, it’s much more complicated than that. It’s an ancient religion, with thousands of texts and myriad traditions and lineages.

But there’s something to the straightforward idea of “learning from boredom” that resonates with Buddhism. Instead of seeking mental diversions from the here and now, stay put. Sit. Don’t read or nibble cookies or look at the phone. Sit. Close your eyes. Be.

The idea sounds immensely boring. But for those who submit to the stillness and just let things happen, there’s a certain magic.

Finally, before we delve into our meditation teas, we must visit the most famous Zen Buddhism gongan (also called koan in Japan) related to tea.

Zhaozhou, addressing one of them: “Have you been here before?”

Zhaozhou, addressing another: “Have you been here before?”

“No, Your Reverence, this is. my first visit here.”

Zhaozhou: “Help yourself to a cup of tea.”

“Yes,” responded the Prior.

This Ku Cha tea is custom-blended to support minds in meditation.

One key to a good meditation tea is that the stimulative compounds, including caffeine, are gentle. A few cups of strong coffee prior to a sitting session might not always lead towards enlightenment.

With our Organic Meditation Blend, we rely upon yerba mate, a South American shrub, for the caffeine. It arrives as more of a nudge than a kick. The blend also incorporates leaves from the ginkgo tree. Ginkgo trees were first discovered in China in 1691, and were then brought to other countries, including the United States. It is essentially a living fossil — evidence for ginkgo trees dates back 270 million years. Among other things, ginkgo leaves are considered extremely helpful for brain activity. That’s key for meditation.

Little whispers of caffeine can help with keeping the mind alert. But sometimes you don’t want that kind of help. Rather, you desire a cup of warm tea, replete with natural compounds that calm the mind.

That’s when our Balance Tea joins you before you begin meditating, and lends you a hand if you take a break.

Baking spices like cinnamon, ginger root and cardamom for warming. Licorice root and coriander for flavor and health benefits. Rose for transporting aroma.

Japan’s famous matcha tea ceremony finds deep roots in Buddhism. At first, monks just enjoyed the tea. But over time, the preparation techniques became increasingly complex and eventually ceremonial. Monks began savoring the ceremony of preparing the tea at least as much as the tea itself.

The whole ceremony revolves around living within the moment — appreciating the procession of steps, the feel of the cups, the taste of the bright green tea.

We can’t teach you how to conduct a proper matcha tea ceremony in this blog. But we can encourage you pick up some of the key tools, such as a whisk and a bowl, and start brewing the elixir at home prior to meditating. Our matcha contains a healthy amount of caffeine, but it generally is poured into smaller cups rather than mugs.

Sit down before your meditation session and think about the steps involved in making it. Inhale the grassy aroma. Invite the herbal, slightly bitter liquid over your tongue and appreciate the unique flavor.

You’re already on your way to the ceremony.

Famous Buddhist sites are common in China. Among them are the Four Sacred Buddhist Mountains of China, including Mt. Er Mei in Sichuan Province. The mountain is considered the place of enlightenment for bodhisattva Samantabhadra, a famous Buddhist figure.

It also serves as the foundation for a wonderful tea, Er Mei Snow Bud. This tea won the 2006 Chinese Tea Expo, and remains exquisite. The tea is famous for its misty fragrance and buttery mouth feel. The tender bright leaves brew clear and crisp, with a subtle, lingering sweetness.

It’s time to banish the boredom. But instead of watching an hour of reality tea, just brew some tea, sit, and let your boredom turn into enlightenment.