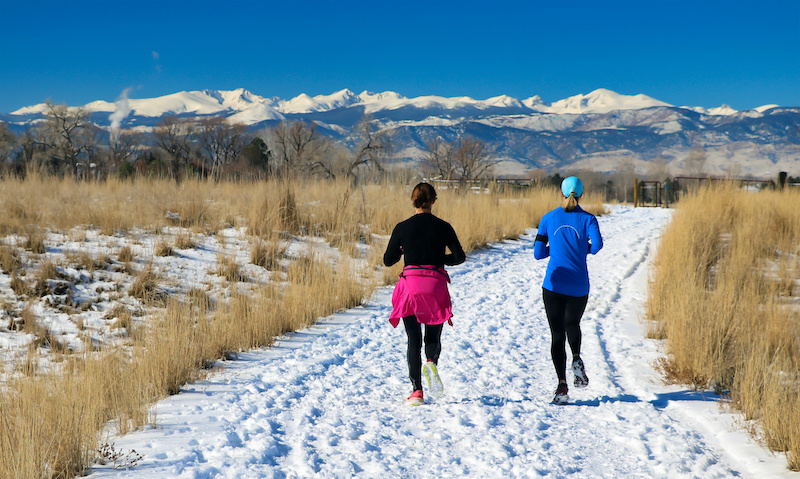 Let These Teas Zip You Through Frigid February

We’ll take it! Winter in Colorado is supposed to compel shivers when we head out to grab the morning Daily Camera on the sidewalk. We thrill to spruce branches heavy with what looks like white fondant. To laughing kids on sleds. To turtlenecks, heavy boots and knit hats with pom-poms on top.

And this cold first week of February we are eating our weight in dumplings and long noodles, to celebrate Chinese New Year. The 15-day celebration began on Tuesday.

While we embrace winter’s charms, during February we also confront its challenges. And we wrestle with the knowledge that we’ve got a long ways to go before daffodils begin emerging. Among other things, winter’s grip can seem awfully tight in early February. We need energy to carry us through the deep freeze and deliver us cheerfully to the days when blossoms spangle fruit trees and robins begin hopping across yards.

So we turn to tea.

Need some zip? The three energy teas we spotlight will put spring in your step.

You probably know about the famous breakfast teas: English, Irish, Scottish and Welsh. All of them turn to Indian black tea, in different proportions and styles, for their slight variations in flavor.

We decided that our patch of Earth needed a breakfast tea named in its honor, too. So we crafted Rocky Mountain Breakfast.

While the United Kingdom’s breakfast teas mostly revolve entirely around teas from India, Rocky Mountain Breakfast tea incorporates Keemun black tea from China, as well as Indian Assam tea. The result might not inspire awe with quite the same potency as a hike through the Rocky Mountains, but its pretty magnificent. The tea does its namesake justice.

As with all all breakfast teas, the blend is robust and bold, with healthy wallops of caffeine.

This blend is malty, smooth and strong, with a pleasant piney fragrance and lingering aftertaste. As with all excellent breakfast teas, it is outstanding on its own, and is also well-complemented with additions of sweetener and milk.

Most energy-elevating teas will offer caffeine. The source? Tea leaves.

Our Boulder Boost contains Madagascar Vanilla black tea, a delicious black tea that adds vanilla’s comforting notes to the beverage, as well as caffeine. But the caffeine quotient gets upped with another key ingredient: guayusa. This South American tree, a relative of the holly tree that can grow to 100 feet tall, yields leaves thick with caffeine.

Wild guayusa is relatively rare in its native countries of Peru, Ecuador, Colombia and Bolivia. Most of it today is grown on farms, often in Ecuador.

If you have tasted yerba mate, another South American plant with caffeinated leaves, then guayusa’s flavor is familar. But it differs from yerba mate: guayusa has more of a fruit-forward flavor, without bitterness. It also conveys a more creamy, plush mouthfeel.

To the caffeine tag-team of black tea and guayusa, we add a range of other ingredients for the sake of flavor and health benefits.

Consider rooibos, a South African shrub that people across the country sip with abandon. The shrub lacks caffeine, but it holds a lot of electrolytes, minerals that help the body fight free radicals, which are atoms that damage cells and lead to inflammation. Rooibos is great for hydration, too, thanks to those electrolytes.

The blend offers tulsi, an Indian plant that people brew and drink to achieve body balance, as well as a series of spices and herbs: ginger, cinnamon, allspice, fennel and rose.

With its wealth of caffeine and complementary botanicals, Boulder Boost is ideal for helping to invigorate gray winter days that sometimes seem to drag on and on and on.

Delivering energy one sip at a time can hinge on stimulants like caffeine. But bringing about zest can also come from flavors — specifically spices.

At the same time, as with most chais this one also contains black tea. In fact, caffeine-punched black tea is the backbone of the blend.

Between the black tea’s caffine and the orchestra of spices, Sunrise Chai will lift you up and lead you through the days ahead of ice-crusted windshields and driveways in need of sturdy backs and snow shovels.

Winter, we love you. And just as we cool down during the hot months with iced tea, we turn to energy teas in winter to spirit us across the days when, if left to our own devices, we might sit on the couch with a blanket on our laps and a book in our hands. Which, come to think of it, sounds like an awfully pleasant way to spend today!