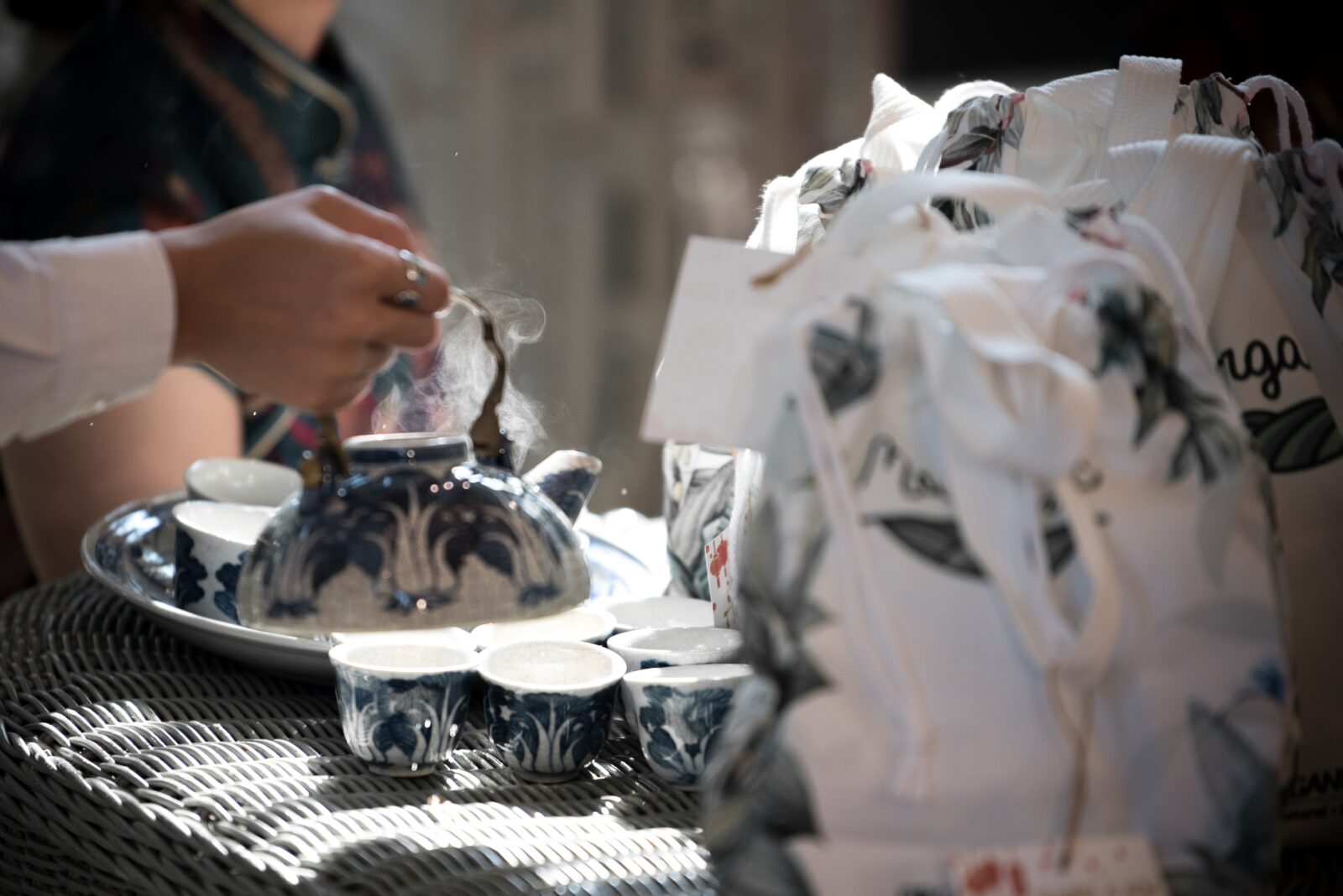 The cold, dark season formally begins on December 21 every year, but Hanukkah, Christmas, Kwanzaa and New Year’s Eve help us forget about the short days and frigid temperatures.

Then January arrives. We make New Year’s resolutions and buckle-in for the long haul until summer, when we exhale again and take vacations.

We salute January for many reasons — mountain snow, fires in hearths, a keen desire for bowls of soup. Another reason? January is National Hot Tea Month. As you can imagine, this pleases us in the extreme.

To celebrate tea’s big month, let’s begin with teas from the birthplace of our favorite beverage: China.

Drinking tea is an ancient practice in China

Scientists believe that the Camellia sinensis plant is native to East Asia, and probably first rooted near the border of north Burma and southwestern China around 22,000 years ago.

When humans first discovered the plant, they used it in the manner of an herb, for flavor and medicine. Tea’s earliest written records refer to is at “tú,” meaning “bitter vegetable.”

Scholars believe people in the Yunnan Province in south China were the first to drink tea, which they considered it a form of medicine. The first written reference indicating tea as a beverage, discovered in the mausoleum of Emperor Jing of Han in Xi’an, suggests Han dynasty emperors were drinking it as early as the 2nd century BC.

Once people started sipping brewed tea leaves, the practice spread across China and eventually across all of Asia. Today, 60 countries including the United States grow tea.

As Chinese Lunar New Year begins on Friday, February 12 — the Year of the Ox — of we plan on regularly covering Chinese teas as we get closer to the celebration.

Today we explore five classic Chinese teas that we adore. Consider trying these teas — a green, white, oolong, pu-erh and black — as we approach the Lunar New Year.

The relatively small, pine-needle-shaped leaves in this tea brew into a rich liquor with a lingering sweetness and an aroma that simultaneously suggests flowers and mist in a mountain forest.

Fujian Province in south China, directly across the Taiwan Strait from the island of Taiwan, is famous for its seafood and its mountain-harvested ingredients. The flavors can be delicate or spicy, and always flavorful. That Shou Mei is grown and widely consumed in Fujian makes sense. It complements the region’s foods wonderfully.

Shou Mei, which means “Old Man’s Eyebrow,” offers a light, fruity character that leaves the palate refreshed. Like all white teas, it undergoes minimal oxidization and never gets roasted or steamed to stop the oxidization process. Instead, the tea leaves’ lack of moisture minimizes oxidization.

Like pu-erh, Shou Mei gets compressed into cake form, but unlike pu-erh it does not undergo fermentation. It’s famous for medicinal benefits, including immunity boosting, skin complexion and detoxification. As it is sold in cake form, it ages well. Over time, the flavor grows sweeter and the medicinal benefits more profound.

For our oolong, we return to Fujian Province, one of the most famous tea regions of China. Tie Guan Yin stands as one of China’s most coveted teas. Some types of the tea command top dollar; one variety sells for $3,000 per kilogram. Ours is much more affordable! But it remains exquisite.

Tie Guan Yin means Iron Goddess of Mercy, a reference to a Guanyin, a Buddhist boddhisatva. Tea artisans go through many steps before the plucked tea leaves are ready for sale, including withering in the sun, oxidation, rolling and drying. Quite a process.

The final brewed product offers a sweet and floral fragrance, a bright taste and a smooth, sweet finish. Tie Guan Yin evolves over the course of multiple steepings. Make sure to brew multiple cups from the same batch of leaves before throwing them into the compost.

Pu-erh, the only style of tea that undergoes fermentation, is crafted in Yunnan Province, which is in far south China. The province borders Myanmar, Laos and Vietnam.

Pu-erhs come in two styles, raw and ripe. Raw pu-erh is made from green tea leaves that are compressed into round discs and aged. It can age for years, even decades. Over time, the flavors grow complex. Tea artisans craft ripe pu-erh from tea leaves that experience oxidation — black tea, rather than green. But before getting shaped into cakes, ripe pu-erh undergoes a process called “wet piling” that speeds up the fermentation process.

Our rose pu-erh combines ripe pu-erh with organic rose petals, an addition that permeates the brewed tea with intoxicating floral aromas. Sip this tea for its beautiful flavor, its health properties and its fragrance. It will lift your spirits!

Finally we explore one of China’s excellent black teas, Keemun Monkey from An Hui Province in east-central China, near Shanghai.

Keemun Monkey is not an ancient tea; it was first produced in the 1870s. But its bold, malty flavor has made it quite popular across China.

Most black teas offer robust flavors, and Keemun Monkey is no exception. Sip on this and think about things like stout beer, or whiskey. Both are malty and bold, and so is Keemun Monkey. At the same time, the tea is smooth; its robustness comes from complexity rather than bitterness.

We  love Keemun Monkey throughout the day, but especially in the morning. It wakes up our taste buds, enlivens our fuzzy just-out-of-bed brains and gets us on track for another busy day.