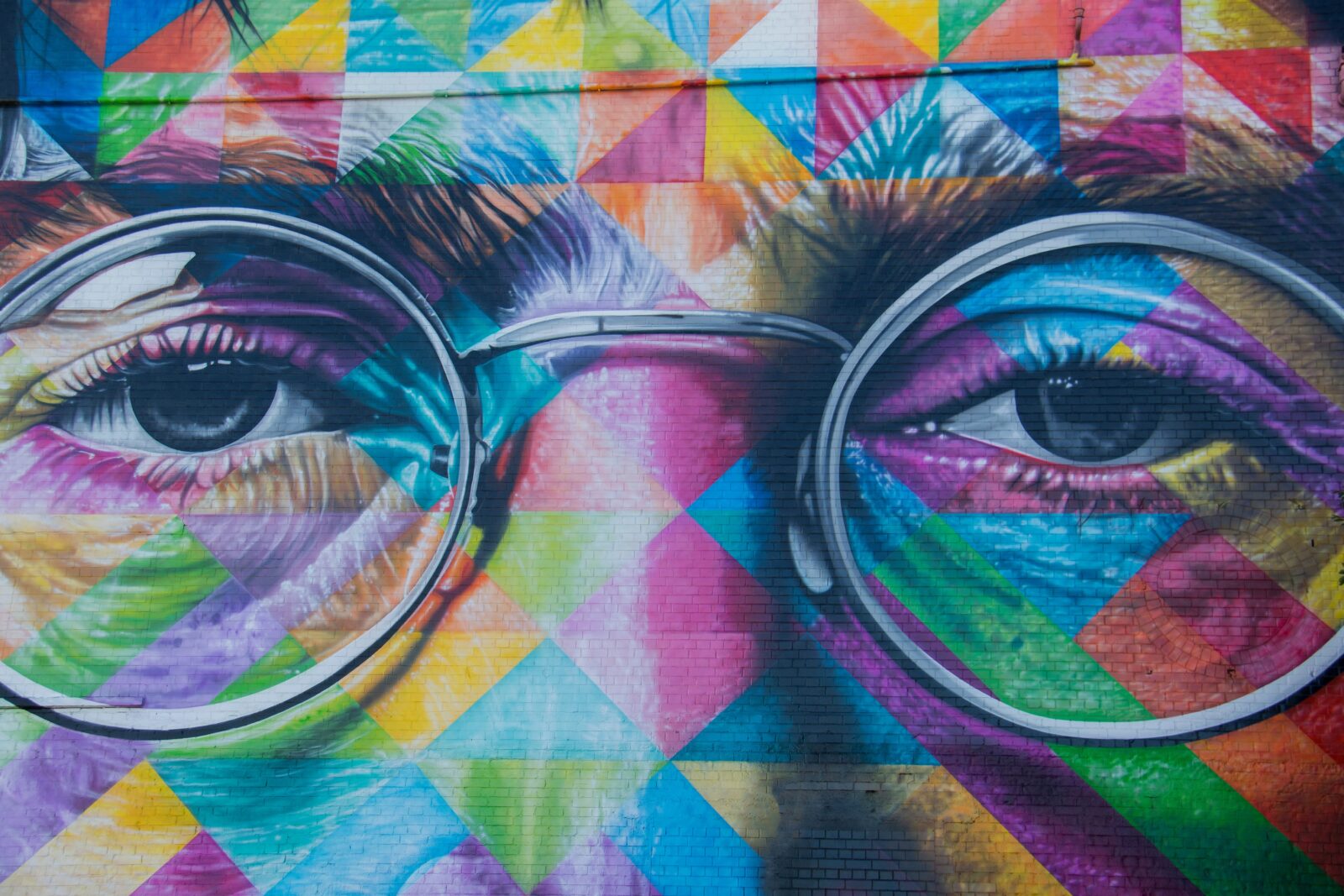 Tomorrow is John Lennon’s birthday. He would have turned 80, had Mark David Chapman not shot him to death just two months after John’s 40th birthday. He’s been gone now for nearly as long as he lived.

We will sip tea in John’s honor. He would approve — John was a big tea drinker. In 2010, around the time of John’s 70th birthday, Yoko Ono even wrote a piece in the New York Times about how he prepared tea every day.

The Beatles in general loved their tea. A study of the band’s lyrics determined that based on the volume of references to tea — 12 — it was the band’s favorite beverage.

The band especially broadcasted its love of our favorite beverage during a 3-month period in 1967, when they recorded at least four songs with tea references: Lovely Rita; A Day in The Life; All Together Now; and It’s All Too Much.”

For example, from A Day in The Life: “Found my way downstairs and drank a cup.”

British people began tasting tea in the early 17th century, as ships from Britain’s East India Company began bringing it back to England. At the time, tea was expensive in England. Only the wealthy savored it.

But tea didn’t truly take off until the blossoming of the British Empire in India. Prior to the 18th century, nearly all tea was grown in China and Japan. Once the English were established in India, they began importing increasingly more tea from neighboring China. But then the British found native tea growing in the Assam region of India. And soon after, they started importing tea bushes from China and planting them in India.

It didn’t take long for the teas cultivated by the English in India to begin spreading across the globe. The English did run an empire back then.

The English preference for black teas promoted and influenced tea consumption worldwide. Consider sold in teabags, most of which is black tea. Ever hear of a company called Lipton? Sir Thomas Lipton, a Scot, began what now is an enormous tea conglomerate that largely revolves around black tea after opening his first tea shop in Glasgow.

While coffee shops have blossomed in the United Kingdom, tea remains the No. 1 beverage. About 75 percent of Brits have at least one cuppa a day.

The Brits even have a meal they call tea. During late afternoon and early evening, Brits often brew a pot of tea and nibble on cakes, biscuits, pastries, bread and jam and light sandwiches.

They also are particular about how to brew a proper pot.

Everyone agrees that loose-leaf, rather than tea bags, is standard. The typical preparation:

Pour it through a strainer into cups, which often are china. We sell a classic British tool, a Kensington tea strainer. These are used across the UK.

The British, unlike people in China and Japan, sweeten their tea with sugar or honey, and also add milk or cream.

Our assortment of English teas is broad. To honor John tomorrow and next week, we suggest several selections, including three herbal teas. We also include a scone recipe. Any self-respecting afternoon tea in the UK involves scones.

The Brits have enjoyed morning tea since they started sipping it in the 17th century. But it was Colonial Americans who first began referring to something they called “English Breakfast tea.” And it wasn’t until 1882, when Queen Victoria returned from Scotland with a supply of English Breakfast tea, that it became a distinct kind of tea in the UK.

Our hearty English Breakfast blend — the style is always a blend — includes black teas from China, Sri Lanka and Tanzania. The tea brews bright and malty, with potent flavor.

We enjoy it without amendments. But it is beautiful with milk and sugar, too.

Some of our British customers have championed our blend as the finest they have tasted in the United States. That is high praise!

It’s not exactly a shocker that Earl Grey tea is named after Charles Grey, 2nd Earl Grey, who was the British prime minister in the 1830s.

The famous tea is spiked with oil from the bergamot fruit, which is grown on the Calabrian coast of Italy. Various legends and stories address why this particular blend was named after the Earl.

The Grey family says a Chinese mandarin blended the tea for Lord Grey to complement the water at the Grey family seat Howick Hall, in Northumberland. The local water was high in lime, and the bergamot allegedly offset the flavor.

Earl Grey’s wife, Lady Grey, enjoyed the tea so much she asked if it could be brought to market. Twinings agreed with the Lady, and began selling Earl Grey tea around the world.

Earl Grey’s royal background might help explain a 2010 survey that found a significant minority of UK citizens describe Earl Grey as something for “posh” people.

We find Earl Grey is especially delightful with afternoon tea. The bergamot complements the scones, cakes and other tea treats.

We appreciate English-style tea so much we crafted our own custom blend — Rocky Mountain Breakfast.

Our geography and climate helps shape tough characters. Coloradans climb mountains, in the snow. We ride our bikes down steep, cactus-speckled trails. We take 15-mile runs in the tundra, use ropes to scale the faces of peaks, and pilot kayaks down thundering rivers.

So we like our black tea bold. This one brews malty, smooth and strong, with a pleasant piney fragrance and a lingering aftertaste.

Sip it black, or spike it with milk and honey. Either way, it’s made for our Rocky Mountain environment and people.

We enjoy our Earl Grey in the morning, as well as for afternoon tea. But sometimes we desire the Earl Grey flavor without the caffeine, especially after dinner.

That’s one time we turn to our Rooibos Early Grey, the foundation of which is leaves from South Africa’s rooibos shrub. Rooibos offers loads of health benefits, including a bounty of electrolytes, which aid athletic performance.

But we enjoy this blend even when we aren’t looking for alternatives to caffeine-free teas. Rooibos provides a natural sweet flavor, combined with hints of nut. When combined with bergamot oil, it’s spectacular.

Classic English tea revolves around black tea, served with cream and sugar. But the British also enjoy herbal tea for their breaks, especially late in the afternoon, when caffeine might not be desired.

Our Ginger Refresh is a perfect caffeine-free pick-me-up. The blend of lemongrass, peppermint, ginger, licorice and lemon peel is slightly spicy, naturally sweet and snappy. We find it is an excellent defense against afternoon doldrums, and we aren’t alone. Traditional Chinese medicine values ginger for its ability to quickly revive energy. In addition, this blend helps ease digestion and can mitigate symptoms of the common cold.

As Coloradans, we appreciate teas the evoke our sunny, arid environment. With its blend of rose, rosemary, sage, lavender and lemon balm, our Desert Rose tea delivers us to some pleasing combination of the Mediterranean and the Southwest, which includes part of Colorado. The blend’s sage brings straight back to the smell of the Front Range after a rain. Here, especially in the foothills where sagebrush proliferates, post-rain perfume is awesome. It even has a name — petrichor.

Any tea time that calls for pastries could benefit from a cup of our Carnival Apple Tart tea.

This delicious blend of apple, rosehip, orange, hibiscus and cornflower pairs beautifully with just about any sweet. Chocolate? Sure — orange and rose are classic chocolate flavorings. Vanilla? Of course. Apple pie and vanilla ice cream is sublime.

In fact, when this tea is sweetened with sugar or honey and mixed with cream, it’s a proper dessert on its own.

Thanks to the Brit’s passion for tea, we have many ways to honor John Lennon, and celebrate his birthday.

Speaking of which, Happy Birthday, John!